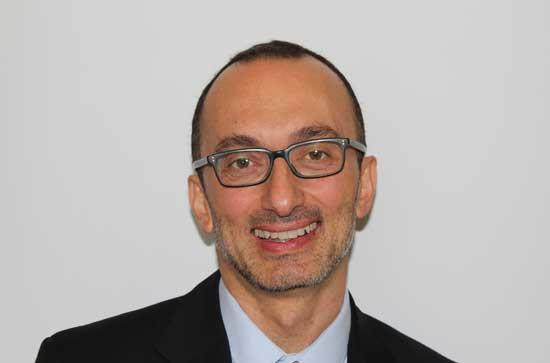 Antonio Cascelli is a musicologist and performer specialising in piano accompaniment. His main research interest is in the history of

Antonio Cascelli is a musicologist and performer specialising in piano accompaniment. His main research interest is in the history of music theory, with particular focus on analysis, theory, metaphor and performance. Antonio studied piano in Rome with the pianist Elena Matteucci, member of the acclaimed Italian Quartetto Michelangelo and obtained the Piano Diploma in 1990. He gained his degree in Literature and Philosophy at the University of Rome “La Sapienza” in 1997. In 1998 he started studying at the University of Southampton, where he first gained a Masters in Musicology with a dissertation on Claudio Monteverdi, and subsequently completed a PhD on Schenker’s unpublished analyses of the music of Chopin. During his PhD Antonio was awarded a grant from the University of Southampton and from the journal Music Analysis to pursue further PhD research at the New York Public Library. Before joining the National University of Ireland, Maynooth in September 2008 as Lecturer in Performance Studies, Antonio worked part-time at the University of Southampton (2004-06), where he also held an Early Career Teaching Fellowship in 2006-07. In 2007-08 he held a post as Lecturer in Music at the University of Hull. He taught Baroque, Classical and Romantic music history, as well as modules on music analysis, harmony and counterpoint, Schenkerian analysis and ensemble performance. Antonio collaborates with Radio Vaticana in Rome, Italy, for which he has recorded programmes on Schenkerian Analysis, English Art Songs, the Fitzwilliam Virginal Book, and Chopin. Research: Antonio has presented papers at international conferences, including the annual Conference of the Renaissance Society of America (New York, 2014; Washington, 2012), the 15th Baroque Music Conference (Southampton, 2012) the Medieval and Renaissance Conference (Birmingham, 2014; Nottingham, 2012; Certaldo, Italy, 2013), the Fourth International Schenker Symposium in New York (2006) and the Seventh and the Eighth International Academic Conferences organized by the Fryderyk Chopin Institute (Warsaw, 2007 and 2008), the Anniversary Chopin Congress in Warsaw (2010), and the 16th Biennial Conference on Nineteenth-Century Music at the University of Southampton (2010). He has published articles and reviews in Ad Parnassum, Study Musicali, Nuova Rivista Musicale Italiana, Music & Letters, JSMI, Chopin’s Musical Worlds – The 1840’s (Warsaw 2007). His most recent publications include articles on the importance of Chopin’s music in the development of Schenker’s analytical thought (Essays from the Fourth International Schenker Symposium, Vol. 2, Eds. L. Poundie Burstein, Lynne Rogers and Karen M. Bottge, Hildesheim: Georg Olms Verlag, 2013) and an article on architectural metaphors in Vincenzo Galilei’s Dialogo della Musica Antica et della Moderna in The Routledge Companion to Music and Visual Culture, eds. Tim Shephard and Anne Leonard, New York, Routlegde, 2014 In March 2015 Antonio will present a paper on the treatise on theatre by the music theorist Ercole Bottrigari at the annual meeting of the Renaissance Society of America in Berlin. He is coordinating a conference on Music and Visual Culture (2016) and the Medieval Renaissance Conference (2018) in Maynooth. As perfomer, Antonio is active as accompanist, collaborating with singer Niamh Murray, Eamonn Mulhall, Dr Francesca Placanica, and cellist Dr Alison Hood He is in the board of GATM (Gruppo di Analisi e Teoria Musicale. www.gatm.it) and is Assistant Editor of Rivista di Analisi e Teoria Musicale (RATM) He is currently supervising students on music and culture in sixteenth-century Italy